The Rafael Manzano Prize in 2014 was given to the architects from Bilbao Javier Cenicacelaya and Inigo Saloña for their work both in new buildings and restorations, being always respectful of local landscape and the architectural traditions of the places where they have practiced. In addition, during the last decades they have also defended classical and vernacular architecture through multiple lectures, exhibitions and publications.

VIDEO Presenting these Architects and their work

Video made by Irene Pérez-Porro Stillman presenting the work of Javier Cenicacelaya and Íñigo Saloña, for which they have been awarded the Rafael Manzano Prize 2014. 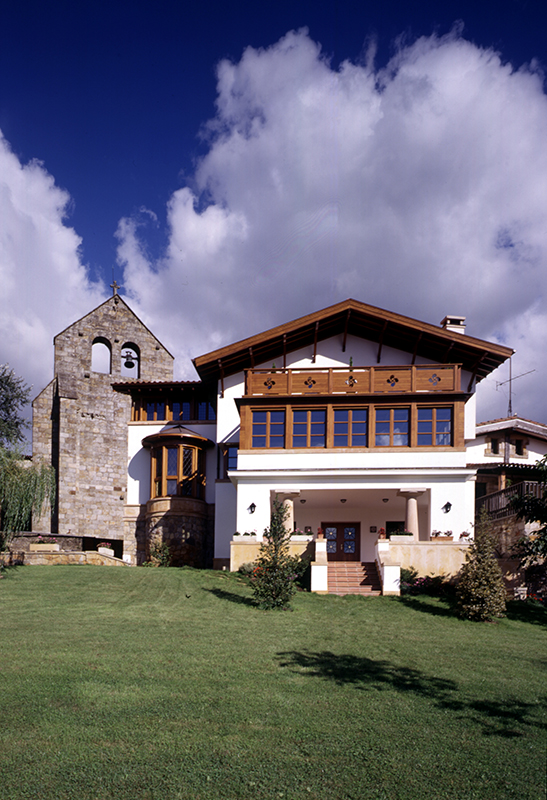 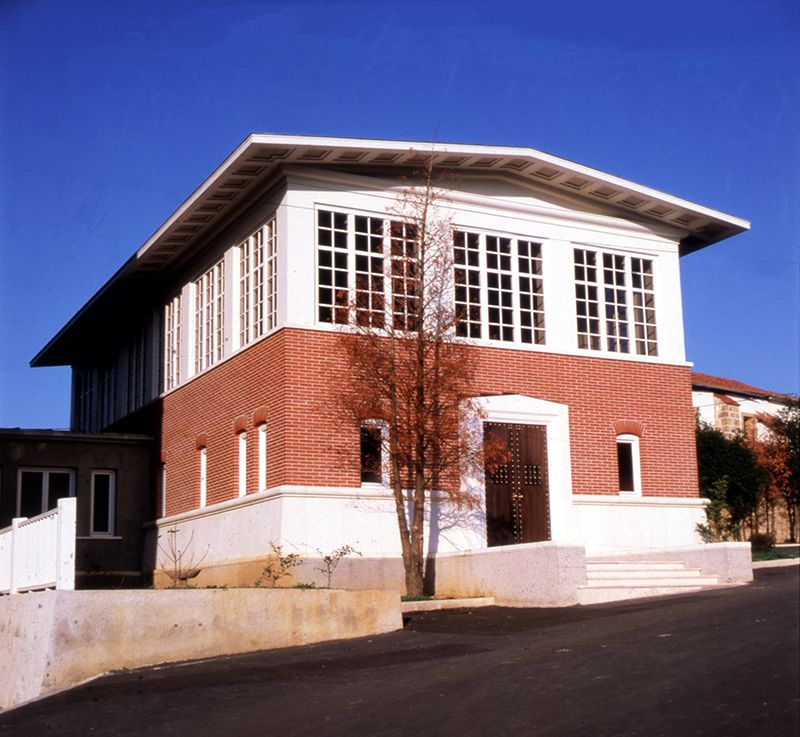 Defence and promotion of other architecture

In 1988 they founded the international architecture magazine Composición Arquitectónica Art & Architecture, which would become an international benchmark for contemporary classical architecture and a return to the architectural traditions of its time. This magazine is part of a broad claim to architectural alternatives forgotten by avant-garde fundamentalism, in which we can find the organization of exhibitions such as Joze Plecnik 1872-1957, Architecture and City (1986), and Neoclassical Architecture in the Basque Country (1990) exhibited in several cities of Spain as well as frequent conferences and classes both in our country and abroad, and a large number of publications of books and articles on a wide range of subjects.

Their work has developed mainly in Bilbao, where they founded their studio in 1983, contributing since then with their numerous architectural interventions to the area of Bizkaia to consolidate a way of creating architecture that is away from the formal confines imposed by the architectural avant-garde. Their advocation to make use of so many architectural resources could be just as valid today, as they reintegrated the forms, languages and materials of the traditional into the set of tools available to the contemporary architect.

Among their most representative works, in this regard we can highlight the Rural Centre of La Rigada (Musques), the multipurpose room of the Colegio Sagrada Familia in Derio, the office building and cultural centre of Durango, the extension and renovation of a house in Galdácano, all of which are in Vizcaya, and their contribution to the reconstruction of the Rue Lacken in Brussels.

The Rural Centre was commissioned by the Musques City Council for local community meetings. It houses a living room, toilets and on the lower floor showers for those who play in a nearby frontón court. It is built with traditional methods, based on load-bearing walls and a wooden truss structure. Tuscan style, being the most rural of styles, is used in the porticoes attached to the building which are designed to shelter people from the rain and serve as a community meeting point.

The school hall in Derio needed to serve a number of different functions: from ceremonies and school meetings, to a play area for the youngest children on rainy days, but also as a symbol and representation of the school buildings’ complex. It is conceived as a large room with a low wall to provide privacy from the outside, with large windows at a higher level to provide maximum lighting even on the cloudiest of days. A gable roof protects the building and creates very low pediments.

The building in Durango stands on one of the façades of Ezkurdi Square, where the most significant number of historic buildings in the municipality are located, making it a particularly sensitive site. On a site which is only 10 metres wide, three different accesses were required, for a cultural society and for the offices of the upper floors. With these conditions, they chose to create a single entry that would unify the three required doors, without losing the building’s representation of status that a cultural society required. A large glazed gallery on the upper floors of the building replicates one of the traditional climatic devices most commonly used in the architecture of the Cantabrian regions.

In the case of Galdácano, they worked on an existing house, respecting its remaining features, renovating it and adding two new volumes. The house is situated next to a national monument: the gothic church of Santa María, so it was essential to maintain its character and the balance between the vernacular and the monumental. The entire structure of the house was rebuilt, which was in very bad condition, and the new additions provided additional spaces required by the family. In them wood and stone were used profusely, with the traditional Basque house serving as a fundamental formal and constructive reference.

Their apartment building on the Rue de Lacken in Brussels was part of an innovative and ambitious operation that was coordinated by the Belgian architect Maurice Culot: the reconstruction of a complete street, which years before had been removed from the traditional urban structure of the city to house a large modern building. The architects who contributed to the recovery of this complex, returned to the area its scale, materials and language of its markedly classical architecture that had previously characterized it.

In addition to these measures, their contribution to the recovery of Bilbao’s urban city image is also remarkable, where they were responsible for the restoration of one of its most representative buildings: the Vizcaya City Hall. This intervention was part of a wide range of measures that made the city the attractive tourist destination that it is today; merit is unjustly attributed to the construction of the Guggenheim Museum, which was only a complement to the remarkable operation of the Historic Centre’s revaluation and the excellent widening of the city.

Apart from the aforementioned works, during their stay in the United States they carried out works in Florida such as the Saint John Neumann Church in Miami and homes in Alys Beach.

Their work has been exhibited in various places such as the Fondation Pour L’Architecture in Brussels, the Trienale in Bologna, the Prince’s Foundation in London, and the Venice Biennale, among others, and have received numerous awards throughout their professional careers: Bizkaia de Arquitectura (1988 and 1989), Jóvenes Arquitectos Españoles (1990), Colegio de Arquitectos Vasco-Navarro (1991, 2003, 2007), Ciudad de Burgos de Arquitectura (1992) The Philippe Rotthier European Prize for Town and city Reconstruction (1992 & 1995) National Builders Council of America (1997) and the Charter Award of the CNU (2003), to which this new recognition is now added. 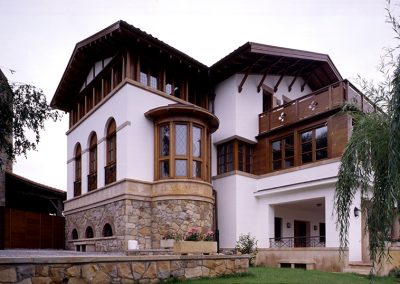 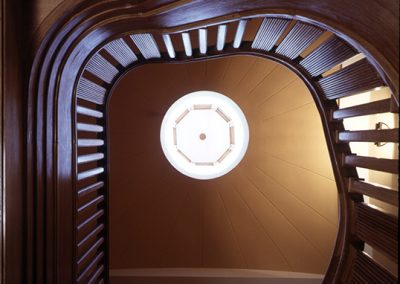 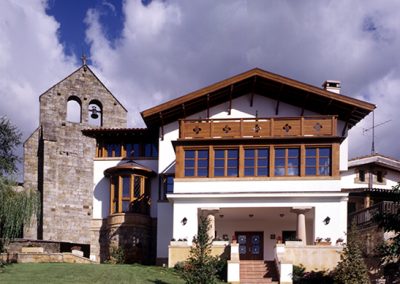 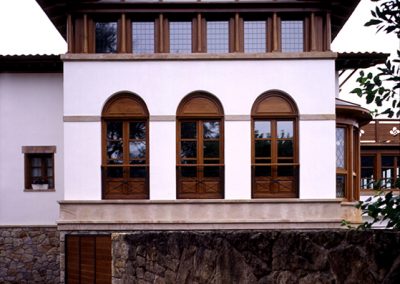 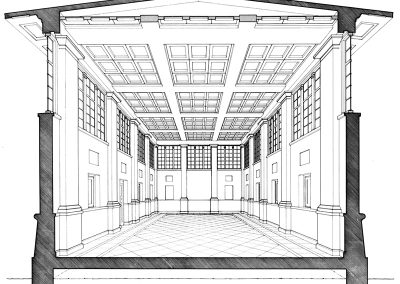 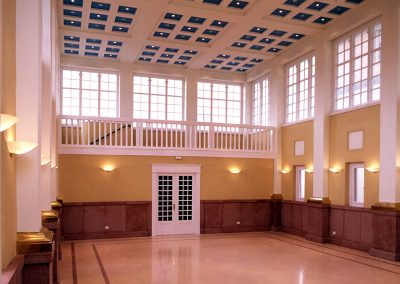 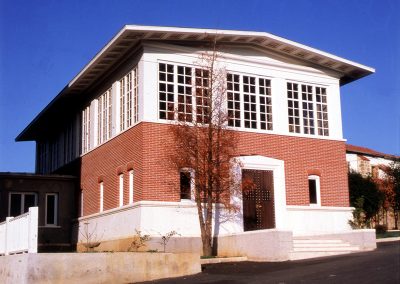 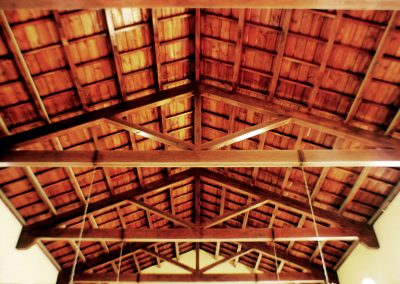 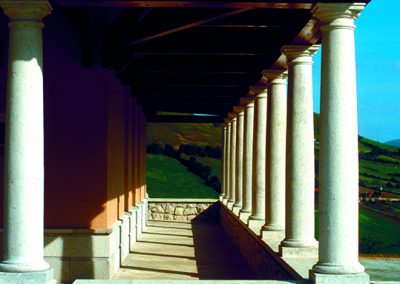 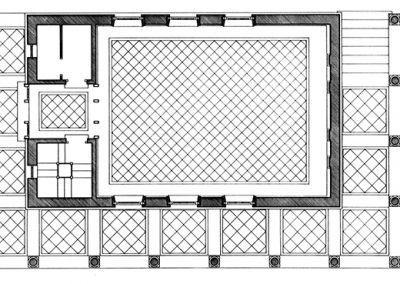 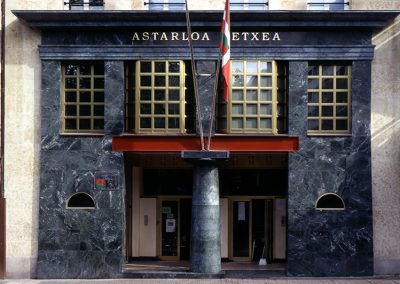 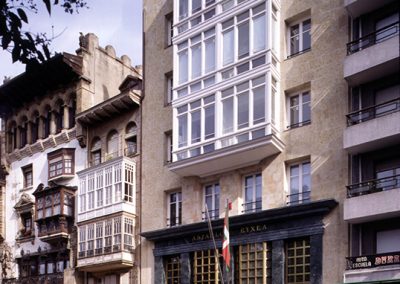 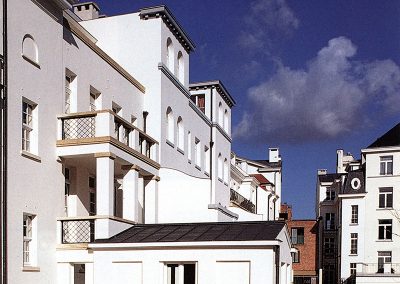 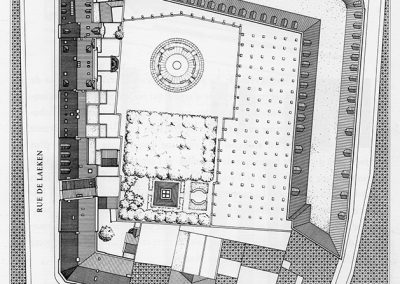 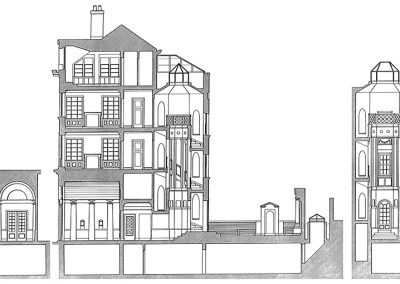 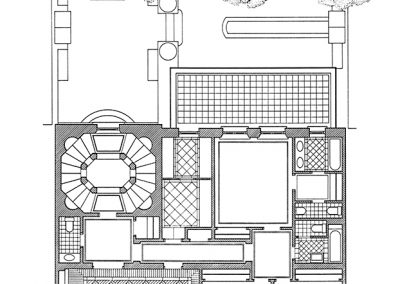 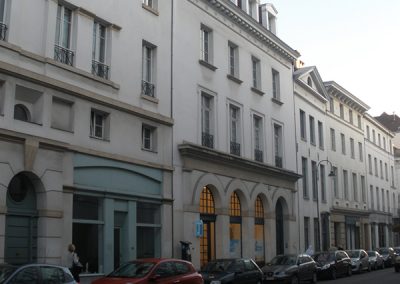