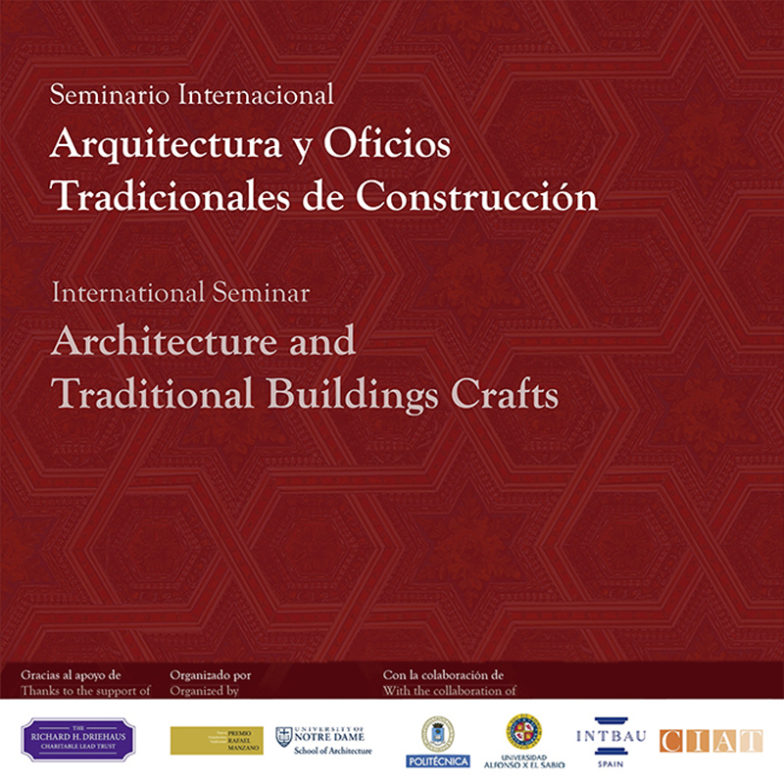 During it were presented a wide variety of proposals, reflections, initiatives and programmes that have developed or are developed around the architecture and traditional building trades craftsof construction. Thus, bringing together all of this in their contribution to the preservation and promotion of this intangible heritage, updating it, adapting it to contemporary needs, and above all, providing continuity to the application and transmission of a category of knowledge that constitutes an irreplaceable source of proven sustainable solutions in which to inhabit our environment.

On the first day, Rafael Manzano lectured about his reconstruction work on the monastery of San Pelayo de Cerrato in Cevico Navero, Palencia; Enrique Nuere (Rafael Manzano Prize 2016), shared his experience and career up until returning to the trade of carpentry; Jerònia Florit and Aina Rosa Serrano explained their work on the recovery of Mallorca’s industrial historical heritage with the Island Council; Richard Economakis presented his project of Temporary and Reusable Adoble villages in response to the current migration crisis; Carlos Martín introduced attendees from the vast world of brick and plaster vaults: Miguel Sobrino, who conveyed his passion for stonework and highlighted the values that the preservation of the trade represents for the future; Fatima Quesada showed the range of possibilities opened by her adaptation of the Andalusian ceramic mosaic tradition to the 21st century; and Scott Liddle explained about the extensive work on the recovery of traditional crafts and architecture developed by Turquoise Mountain, for the reconstruction of a degraded neighbourhood in the city of Kabul, in Afghanistan.

The first session on the second day was dedicated to the relevance of Geometry in traditional construction. In it, José Miguel Merino de Cáceres showed the importance of Metrology as an auxiliary science to restore monuments; Javier de Mingo deciphered the main geometric rules of the lines used in carpentry, and Manuel Fortea explained the diverse use of geometry in the crafts of stonemasonry and masonry. The second of the sessions focused on presenting programmes aimed at promoting and preserving these trades: Donald Gray (Rafael Manzano Award 2015) and Gabriel Montero shared their experience at the School of Lebrija, Seville; Alberto Díaz presented the work and history of the Centro de Oficios León; and Simon Sadinsky spoke about the activities that take place in the United Kingdom with the Prince’s Foundation for the Building Community. To end the day, León Krier denounced the predominance of synthetic materials in contemporary architecture, which not only affect the design of modern styles, but also contribute to replacing traditional architecture with vulgar and ephemeral substitutes thereof; and Alejandro García Hermida presented the new initiatives being developed in Spain from INTBAU with thanks to the support of the Richard H. Driehaus Charitable Lead Trust in promoting traditional building and architecture.

Videos of the lectures

Watch the videos of the lectures 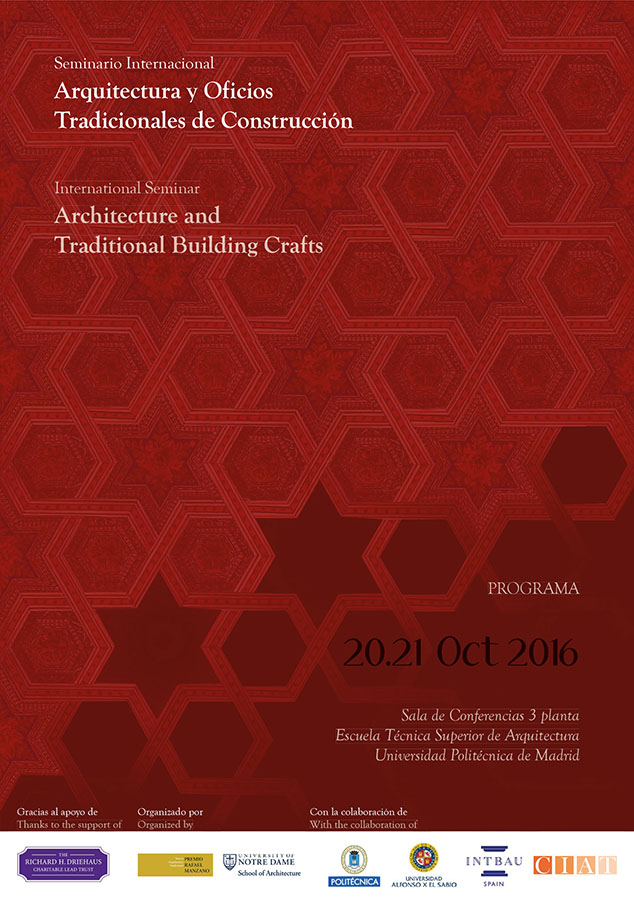 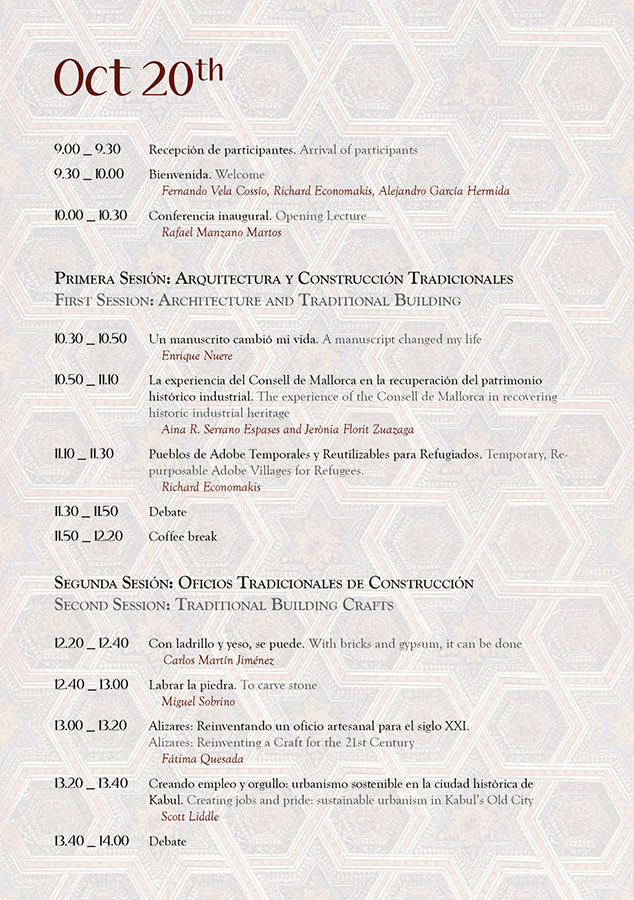 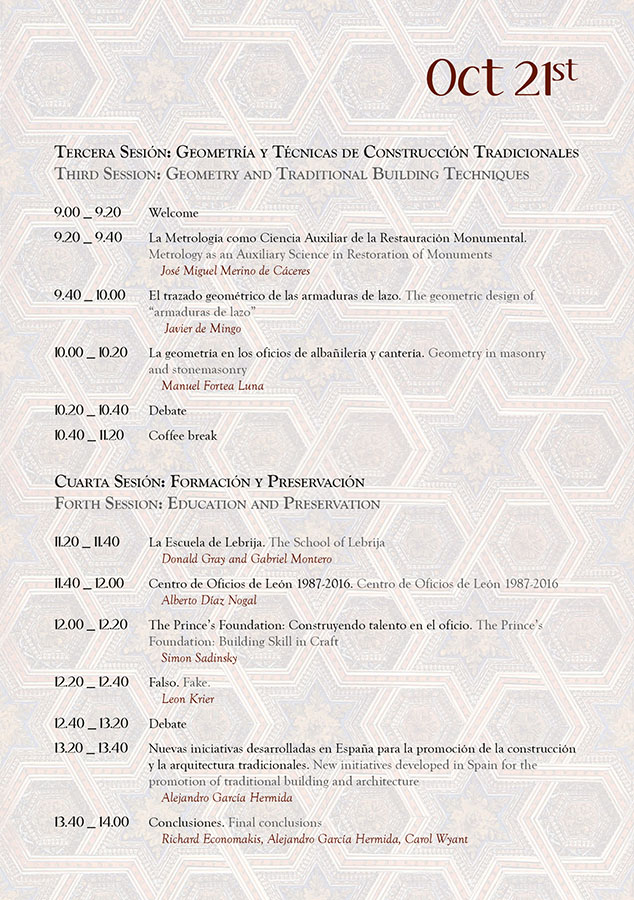 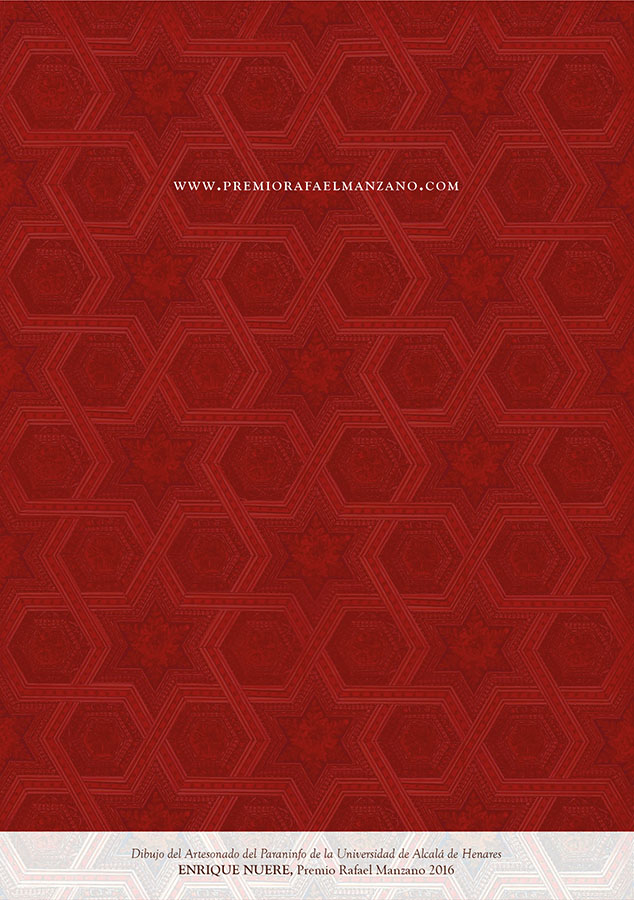 In this publication Architecture and Traditional Building Crafts, an abstract of each lecture, as well as information on the initiatives developed by Richard H. Driehaus in Spain and Portugal, have been gathered, as every year. It can be downloaded for free here.
Download the book in PDF

Videos of the lectures

The record and digital edition of these conferences has been made by the audiovisual services team of the School of Architecture of the Universidad Politécnica de Madrid.

Forth Session: Education and Preservation 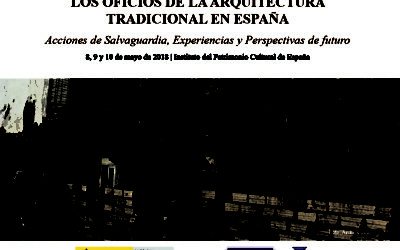 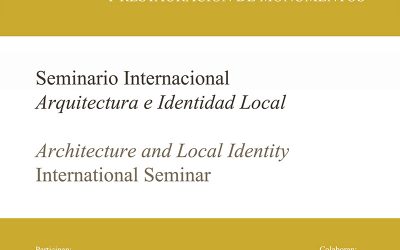