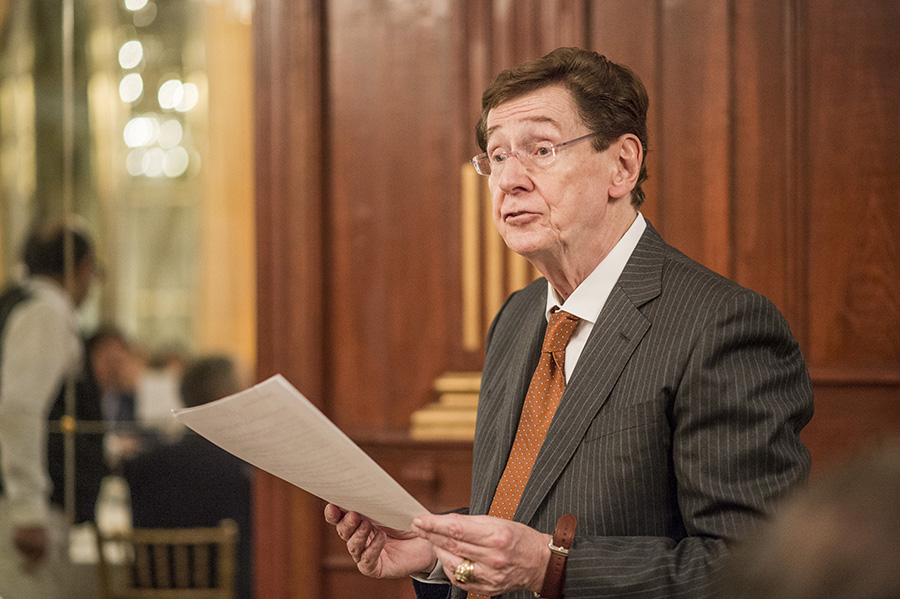 He always valued philanthropy and advocated educational access for all. Accordingly, he gave financial support to various educational institutions throughout his life. In 2002 he donated $3.45 million to DePaul University, where he studied, to endow a new chair, and in 2012 he announced a gift of $30 million to enhance academic programmes at that university’s century-old college of commerce. He also funded scholarships for international students.

He always believed in the importance of giving people the opportunity to create their own way in life. And this was in appreciation of those who had given him opportunities to show his worth over his career.

The funding of such initiatives focused mainly on programmes to benefit people living in poverty. These ranged from the development of a financial literacy programme to help low-income families learn to create and preserve wealth to other initiatives launched with South Shore Bank.

He also supported the performing and visual arts in the belief that these provide a much-needed balance in our hectic lives. Thus many grants were given to support programming intended to broaden civic participation in the cultural life of Chicago. 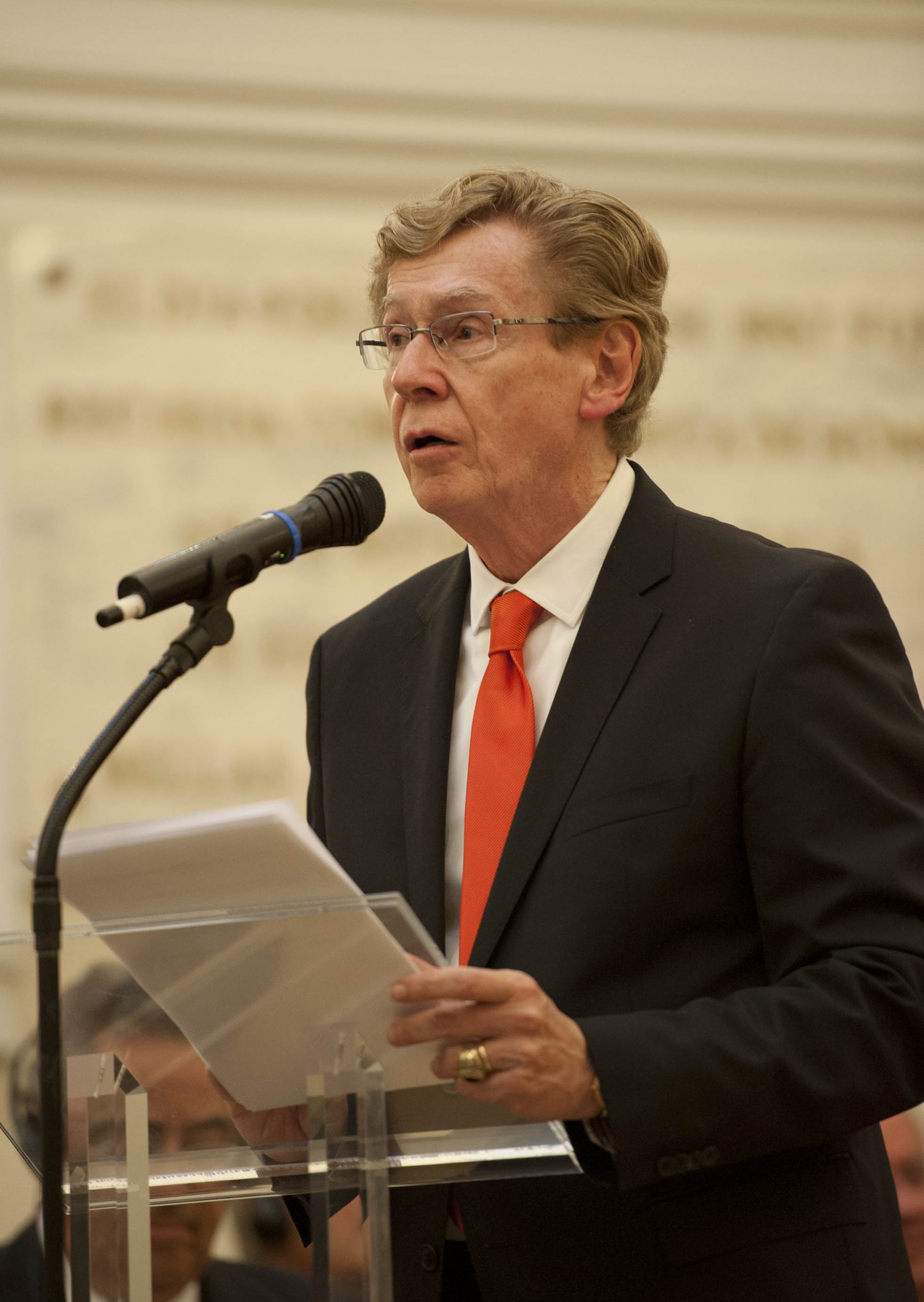 He always had a strong personal interest in design excellence and the preservation of cultural heritage. His commitment to the built environment was grounded on the belief that design can strengthen a community’s sense of identity.

From the early eighties he was a firm advocate of the application of humanist values to the built environment. This led him to support an architecture respectful of place and of historical precedents.

He put these ideals into practice in the restoration of three historic buildings: the 1883 Samuel Mayo Nickerson Mansion, now the Richard H. Driehaus Museum in Chicago; the 1886 Ransom Cable Mansion, which serves as head office of his firm in Chicago; and the 1906 Georgian-style estate built by Norman W. Harris in Lake Geneva, Wisconsin.

To date, his contributions to architecture, design and the environment exceed $50 million. The beneficiaries include the Chicago Architecture Foundation, Landmarks Illinois, the Historic Chicago Bungalow Association, INTBAU, the Local Initiatives Support Corporation’s Chicago Neighborhood Development Awards, the Neighborhood Housing Services of Chicago, the Old St. Patrick’s Catholic Church, the St. Ignatius College Prep (which was his alma mater), the Millennium Park, Friends of the Parks, the Committee for the Beautification of Lake Geneva, the Community Foundation of the Virgin Islands, the Congress for the New Urbanism, the Institute of Classical Architecture and Art, the National Trust for Historic Preservation and Partners for Sacred Places, among many others.

In 2003, with the University of Notre Dame, he established the Richard H. Driehaus International Prize. This is an annual award of $200,000 to figures who have made an extraordinary contribution or achieved great success in the field of classical and traditional architecture. In conjunction with this Prize, the Henry Hope Reed Award has since 2005 been given to individuals working outside the practice of architecture who have supported the traditional city, its architecture and art through writing, planning or promotion. 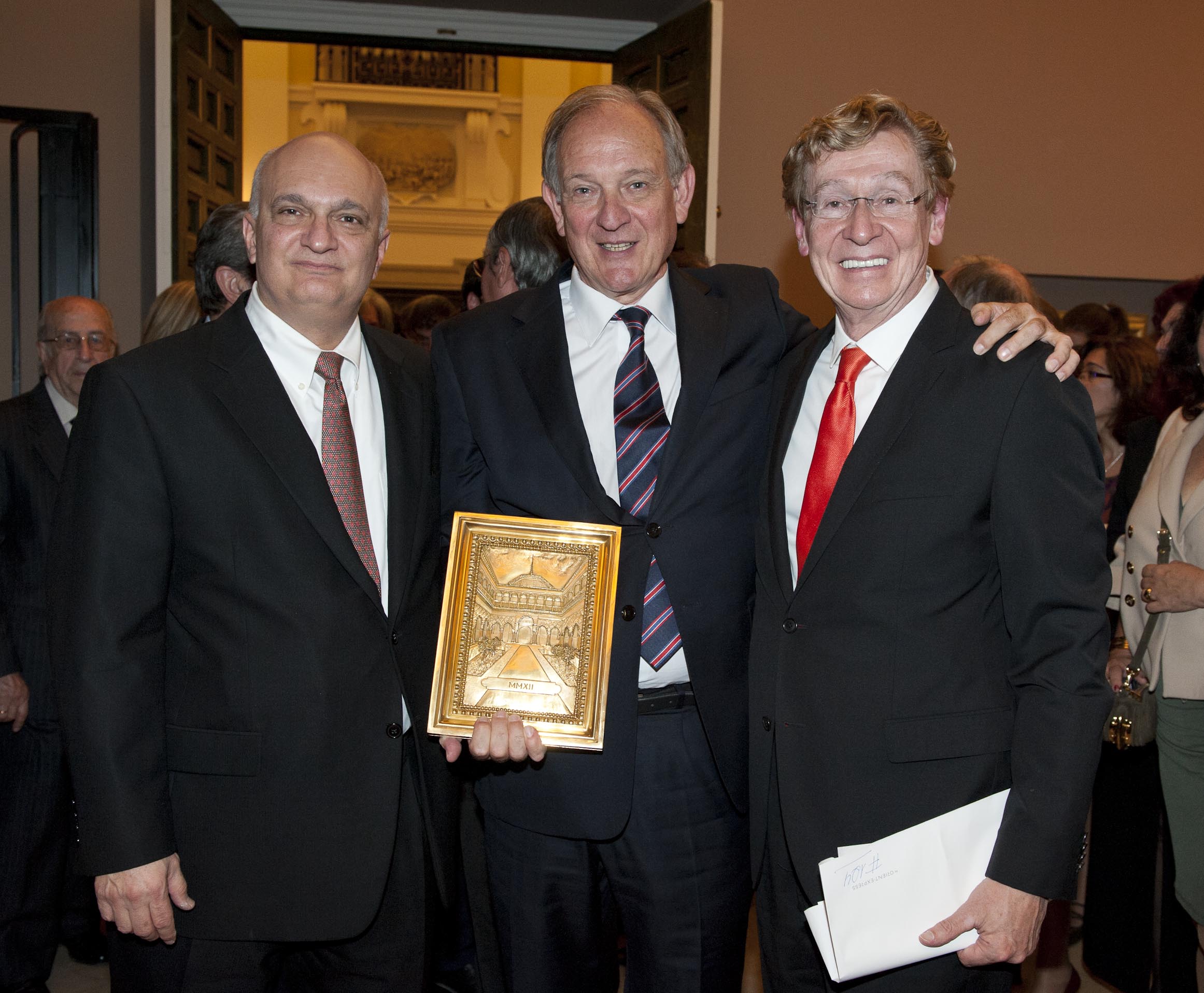 His work in Spain

Of particular significance are the initiatives developed with his support in recent years in the Iberian Peninsula. He loved Spanish and Portuguese heritage and thanks to his generosity all those who practise architecture, urbanism and the crafts and trades of the Peninsula’s various regions have been able to hope again that their knowledge and expertise may be enjoyed also by future generations.

Thus in 2012, with the University of Notre Dame, he established the Rafael Manzano Award for New Traditional Architecture. Endowed with €50,000, it is intended for architecture practitioners working in Spain and Portugal and is granted in recognition of the contribution made by the awardee to the field of architecture and urbanism within a respect for traditional principles, either in the restoration of monuments, public spaces and urban environments of artistic and historical value or in the building of new structures or public spaces which, based on local tradition, are harmoniously integrated into those environments.

Since then the Richard H. Driehaus Charitable Lead Trust has supported INTBAU (the International Network for Traditional Building, Architecture & Urbanism) in the organisation of a series of initiatives aimed at promoting traditional architecture and urbanism, building trades and the preservation of Iberian heritage.

These include the Richard H. Driehaus Architecture Competition, unlike so many others, promotes the practice of an architecture and urbanism that preserves and gives continuity to local traditions as well as helping to generate urban structures that are more beautiful and better integrated with our architectural heritage. It also promotes the use of coherent building systems and sustainable materials, allowing quality employment to be created for local master artisans. This initiative is organised in two phases, allowing the involvement of the municipalities of the sites where the projects are carried out. In the first phase, Spanish municipalities are invited to submit proposed subjects and sites. An international jury then selects the three that best meet the competition’s aims and purposes and whose realisation is considered most feasible. The second phase consists of an international architectural design competition launched for each of the three previously selected subjects and sites. The international jury then meets again to select the winning architecture and urban design proposals.

In parallel to the competition, the Richard H. Driehaus Building Arts Awards have been bestowed since 2017 to honour and publicise outstanding masters of the building arts. Accordingly the applicant projects are divided into four categories, each rewarded with a €10,000 prize and a commemorative plaque. Moreover, in order to give continuity to the work of such master artisans, one of the four award-winners each year receives the Donald Gray Building Arts Grant. This involves support of €14,000 for the selected master craftsperson for training an apprentice over a whole year. These apprentices in turn receive support of €12,000.

The National Network of Traditional Master Builders was set up in 2016 as a national directory of the leading masters of building trades active today. A large number of these craftspeople are listed in it along with some of their most notable work, the techniques they use and their contact details. The Network of Masters makes these trades accessible to society at large, helping them to be better known and appreciated. Moreover, with the visibility given to the masters included, demand for their work is encouraged, along with transmission of their expertise. So far, more than 2,000 practitioners have been identified and studied, and after an evaluation of their work, more than 450 have been selected.

In 2019, The Richard H. Driehaus Heritage Preservation Medal was created. It is a companion award to the Manzano Prize for New Traditional Architecture which recognizes entrepreneurs, developers, heads of foundations or other institutions that are making significant contributions to preserve and build upon heritage and architectural traditions in Spain and Portugal.

This constant activity over the past decade has included many other cultural projects: congresses, exhibitions, publications and other initiatives that have brought the national and international public closer to the often overlooked qualities of the magnificent urban and cultural heritage of Spain and Portugal. 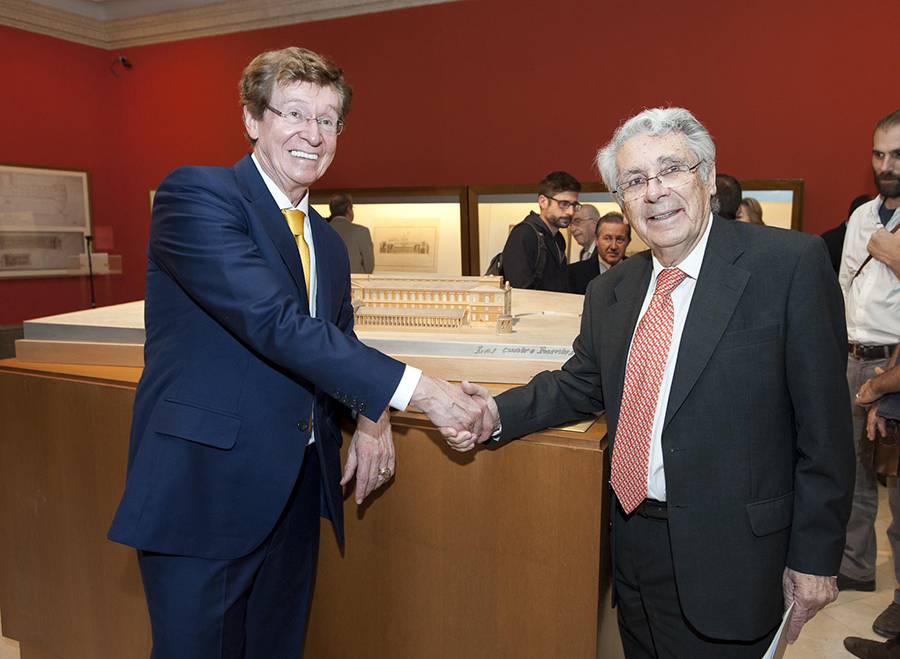