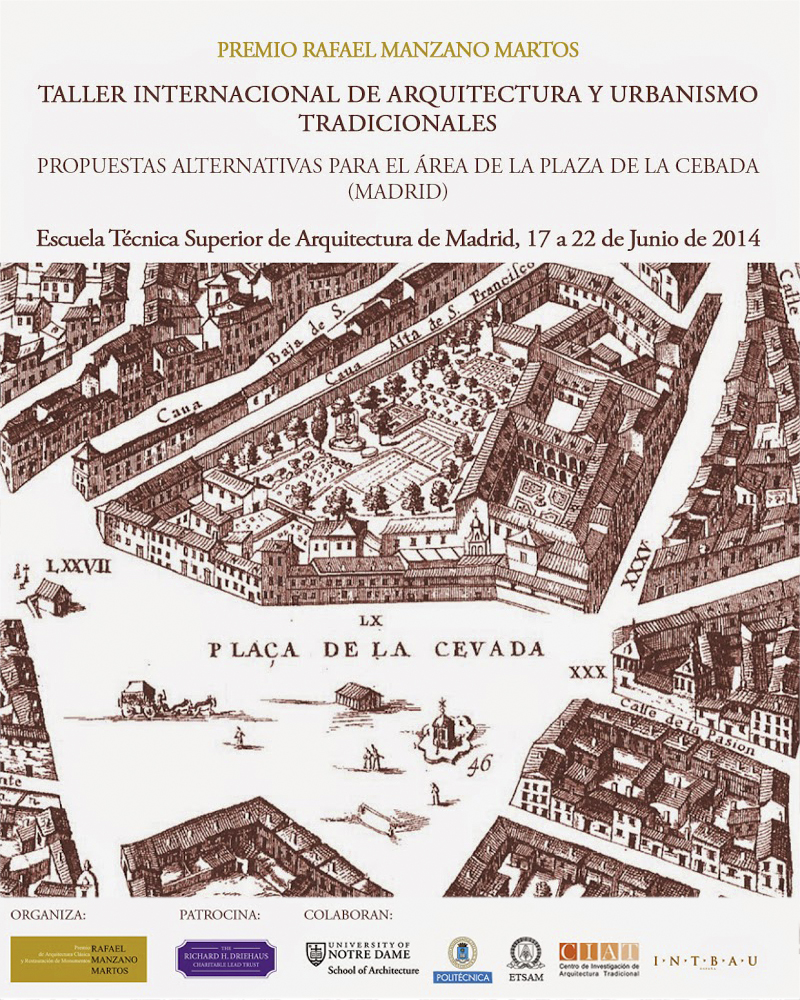 The students and professors developed an alternative proposal for the area of Plaza de la Cebada in Madrid, in which in its day was planned to have built an immense building that would house, among other uses, a large shopping centre.

It was organized by Rafael Manzano Prize, thanks to the support of the Richard H. Driehaus Charitable Lead Trust, and the collaboration of the School of Architecture at the University of Notre Dame, the Universidad Politécnica de Madrid, the Centro de Investigación de Arquitectura Tradicional (CIAT) and INTBAU Spain (International Network for Traditional Building Architecture and Urbanism).

The project was born with the aim of offering participants methods and criteria to intervene as architects in consolidated urban groups, with a more sustainable vision toward a way of projecting the city, directed not only to enrich it spatially, socially, economically and culturally, but also committed to the preservation of the traditions that define its identity.

The first day featured lectures by Luis Maldonado Ramos (Universidad Politécnica de Madrid, where he is the Director of la Escuela Técnica Superior de Arquitectura de Madrid), Fernando Vela Cossío (Universidad Politécnica de Madrid) and Jaime de Hoz Onrubia (Universidad Alfonso X el Sabio), which provided the participants with a general overview of the urban evolution of the city of Madrid, the conformation of its main identity and the genesis and evolution of the space that today occupies the Plaza de la Cebada, as well as the architectural elements that have been appearing and disappearing around it.

The alternative proposal focuses on creating public spaces that provide a greater quality of life to the population of the area, to think about a city in terms of and for its inhabitants, without detriment to the achievement of land-use levels that characterize the project which is currently approved for the place.

In this new proposal, the market, far from being hidden in a compact building, extends through the ground floors of the buildings that surround the new streets and squares proposed, thus becoming open and permeable to the city, in which the open public space continues to be the main meeting spot for encounters and relationships.

The functional, architectural and social diversity is understood as a key aspect in guaranteeing the vitality and success of the proposed new public spaces. Therefore, the commercial spaces are complemented by houses, offices and public buildings that contribute to generating an enriching type of urban life that the city, when well designed, is capable of housing.

The main architectural landmarks of the complex are arranged so that they serve as a visual reference along the different routes that either go to the place or are generated within it.

Along the façades that receive the most sunlight, porches open out onto the ground floor, so that they serve as a shelter during the long, hot summers in Madrid.

The architectural elements lost from the square itself and even from other places in Madrid are being recovered and incorporated, thus seeking to perpetuate their memory. Reappearing in this way are elements such as the Puerta de La Latina, now preserved next to Escuela Técnica Superior de Arquitectura de Madrid, or la Fuente de los Galápagos, designed by the architect Ventura Rodríguez in connection to the Escuelas Pías de San Antón, nowadays completely transformed.

All of this has been conceived of and designed in a way that harmonizes with the identity of the place, with the architectural traditions that have defined what we know today as the urban landscape of the city of Madrid, which is a unique heritage that if not perpetuated and enriched will continue to disappear progressively until its definitive extinction.

To carry out this objective, a catalogue of local construction solutions was developed simultaneously, which was then applied to the design of the various projected buildings.

The calculation of all the constructed surfaces was also made to be assigned to each of the different buildings according to their functions: residential, commercial, public facilities, open public spaces, etc. It demonstrates that proposals like this not only allow the creation of a much larger area of true public space than in the project approved today but are also perfectly viable from an economic point of view.

Finally, on Sunday, June 22nd, the participants presented the proposal to the neighbourhood in the Plaza de la Cebada itself, which was very well received by those interested. 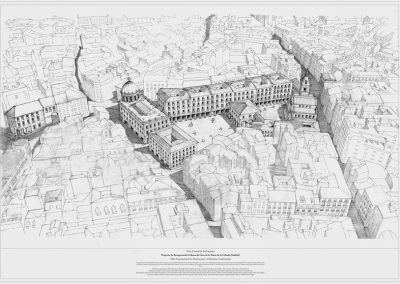 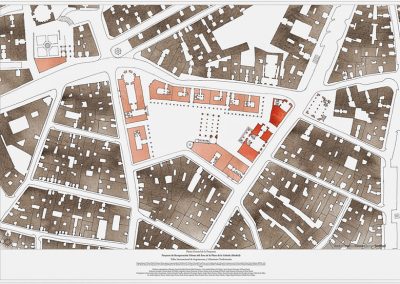 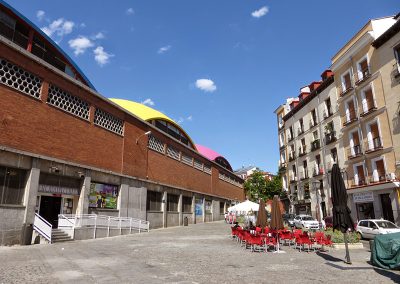 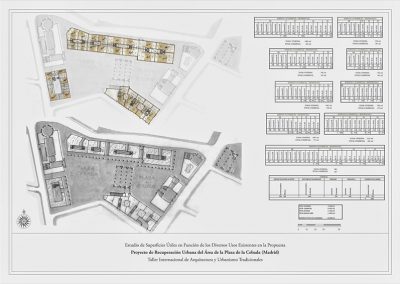 Views of the proposal 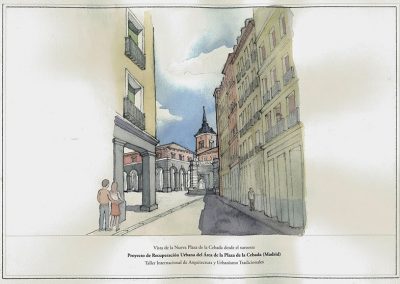 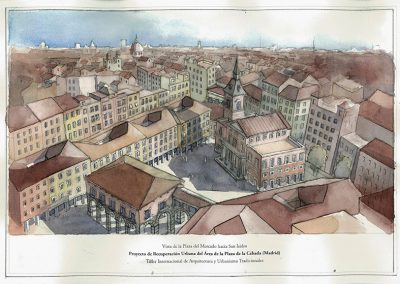 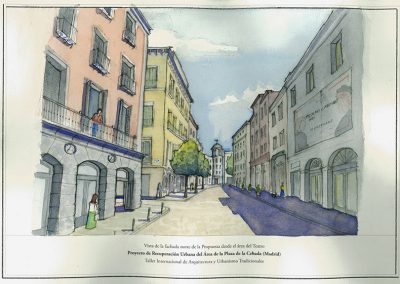 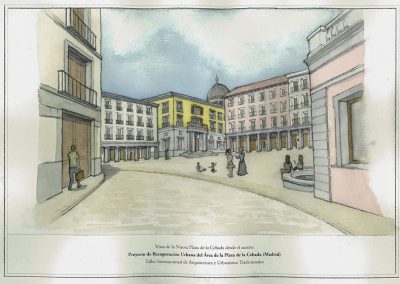 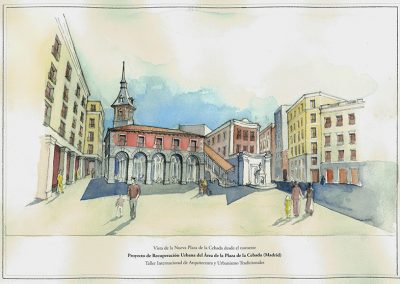 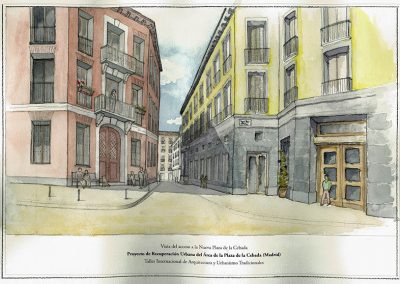 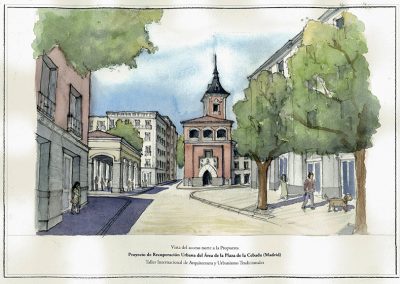 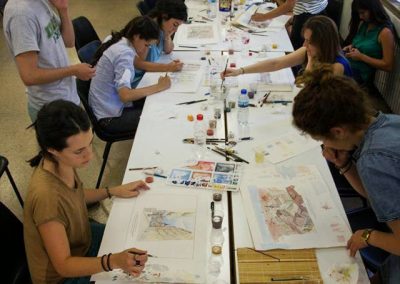 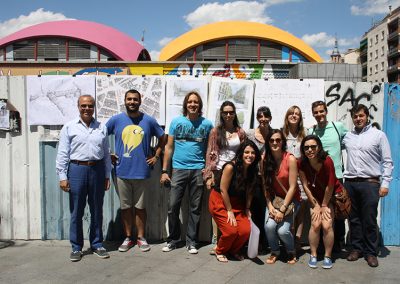 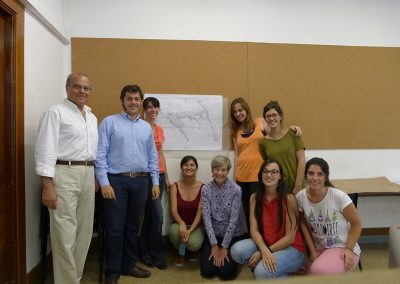 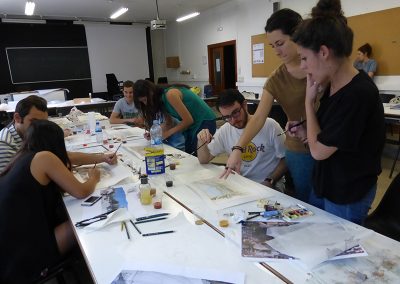 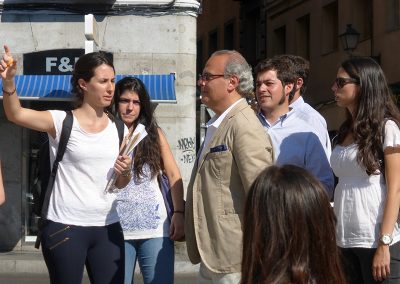 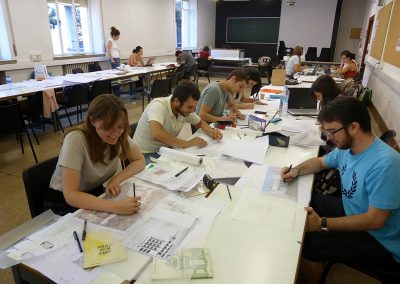 Back to Summer Schools